Please see the indoor page for more details. In short same venue at Ryton with the following dates booked for the large blue hall.  Always check the LMAC Calendar / FB for any last minute changes. 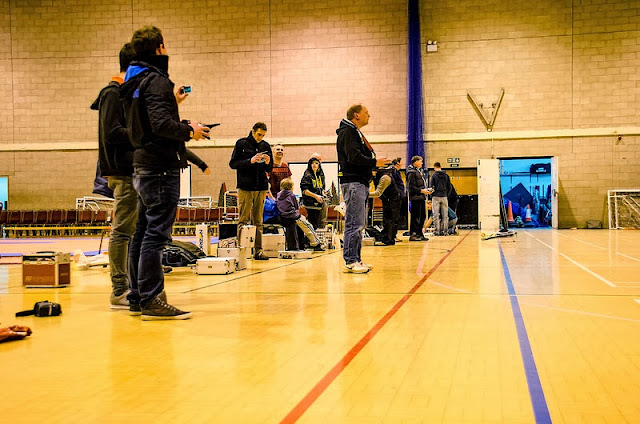 Posted by Leicester Model Aero Club at 15:30 No comments:

A fantastic set of photos from Howard Murphy taken on LMAC Gala Day on Sunday 9th August 2015.  Enjoy and many thanks Howard.

Two very beautiful smiles as the cover photo too :)

Posted by Leicester Model Aero Club at 19:04 No comments:

Congratulations to both Luke Oliver and John Palmer who successfully passed their BMFA Fixed Wing A tests in the first half of August.  Well done chaps! 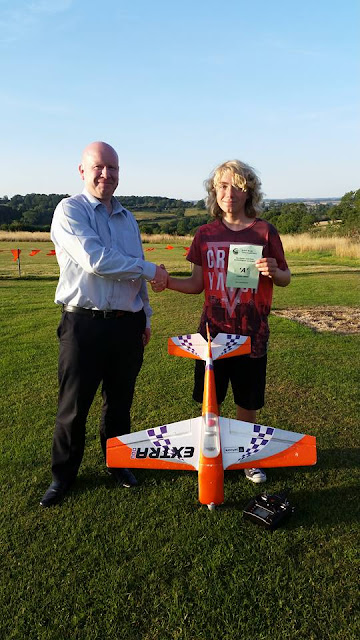 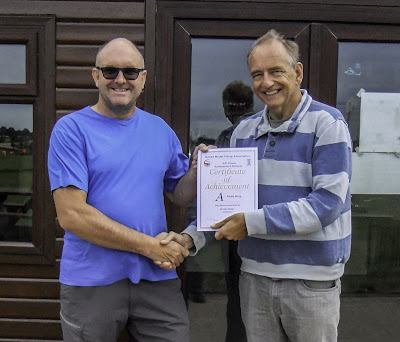 Posted by Leicester Model Aero Club at 07:34 No comments:

What an excellent day it was too. The weather was kind to us during the day and the day kicked off early for some, 7:30ish, to get the gazebos up and the control line competition equipment laid out.

The flying was well supported all day on both the main flying field and the control line circles. The control line boys were running a carrier deck competition and welcomed anyone who wanted to understand the whys and wherefores of what they were doing. I might add that some of them were using 2.4gHz radio to control their throttles and the site of an electric powered Me 262, yes it was fan powered, was inspiring. There were many equally detailed models, both electric and IC, and they were great to watch. Well done Andy for organising the competition.

The main flying site saw the usual crowd of LMAC pilots with a couple of guests. The heli guests were Jack and Matt Bishop, from Team Midland Helicopters, and they gave some excellent displays during the day drawing applause from the crowd. Well done guys and it was a pleasure to have you flying with us.

The winter build competition didn't draw in many entrants this year, 3 to be precise, but it was a closely fought thing. After the judging by Sandra SimmonDs and Virginia Robson the final order of the day was Bob Stanley in 1st place, Jim Deacon in second and I was in third. Congratulations lads and lets hope there will be more interest next year.

The BBQ was well managed by Howard Murphy and Dan Simmonds with burgers and sausages galore. The excellent coleslaw, made by Sandra and hereinafter called Sanslaw, drew many admirers, quite rightly too. There was chilli, made by Virginia, and lots of salad stuff and chicken pieces to go around. Thanks to all involved with the food, it was much appreciated by all there.

The bouncy castle, organised by Max Stringer, drew the kids and I also saw some of the adults playing on it as well. You know who you are!

I would estimate that there were around 100 people there all together and the whole day went smoothly, down to the putting away of all of the equipment at the end of the day and the final cleaning up. The field was in great shape, the safety netting all in place, and I heard a lot of people commenting on what a lovely facility we have at Gumley. We even got a couple of new members who wanted to join.
Posted by Leicester Model Aero Club at 07:28 No comments: