For those of you not on the Facebook 'Leicester Model Aero Club' Group page, a BIG thank you once again for everyone that attended the first of our January indoor meetings. Given the record attendance (25 Flyers, 5 of which were new and 5 observers which we hope will join us for future meetings) we now have enough in the kitty to make the next meeting on 18th January FREE OF CHARGE.  It will be free of charge on one proviso however; the proviso is that both sides of the hall are available. This will be checked on Friday 17th January and an an email/the web page will be updated to let you know whats happening. I wouldn't want that number to turn out if we only have one side of the hall!

Many thanks as always to LMAC Vice Chairman Howard Murphy for the selection of pictures above. As you can see, it was a hive of activity and we hope you all had fun?!

There were a couple of inquires as to what the 'shockie' planes which Dan and Matt were flying. Well the model in question is the Twisted Hobbies Crack Laser No 17. They can be purchased from places like ElectricWingMan and Robot Birds among others and there are some links below which we hope will help. 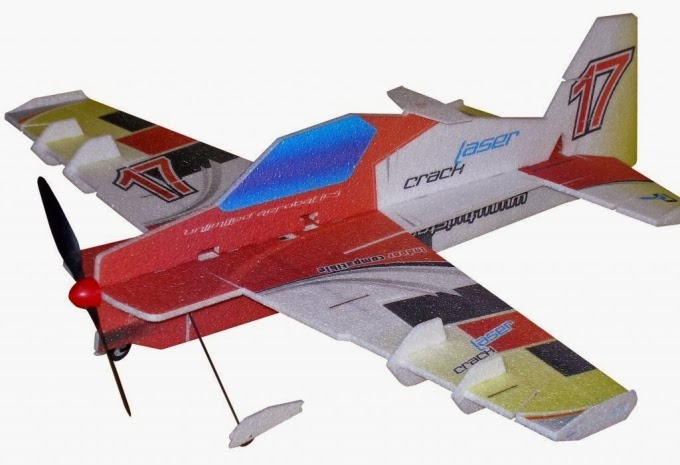 The Power Train for it and servo set can be found here:

And finally you will need some 2S 450mAh batteries which again can be found as follows. Giant Shark have an offer on the Gens Ace batteries at the minute and for £2.86 you can't go wrong!

For completeness, here's the first of a few build video for putting the thing together (Not a Laser, but a Yak and virtually the same!   Hope that's been of use! Enjoy!

Once again many thanks and look forward to see you on the 18th January 2014. Keep an eye on your emails and this page for more details.